Is Ramaphosa = Good times ahead?

Is Ramaphosa = Good times ahead? 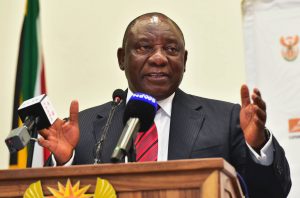 Mr. GJ van der Merwe from Ceres always used to say, “a fish rots from the head down.” South Africans saw this in practice over the last 9 years.

Now that we are finally rid of Zuma, South Africans have a spring in their step once again. All of a sudden, the future looks much brighter than 6 months ago when people were making doomsday predictions about South Africa.

What is important to remember is that good times do not directly translate into financial prosperity for all. It didn’t work out all too well for those who took all their money offshore at the end of 2015 when the Rand was heading for R20 to the Dollar. Similarly, it might not work out well betting blindly that South Africa will now be entering an era of strong financial growth and an even stronger Rand.

Avoid the current optimism when making decisions about your future and your investment strategy, just as you should have ignored the prevailing pessimism 6 months ago. Rather focus on fundamental principles and try to take a much longer view than the next year or 5.

Does a better or more popular president (what we assume Ramaphosa will be) automatically mean a stronger Rand, faster growing economy, better performing stock exchange and lower unemployment rate?

Below, using a couple of indicators, we can see that it becomes hard to draw a parallel when we look at the last 3 presidents who served a meaningful term (Mandela, Mbeki and Zuma). 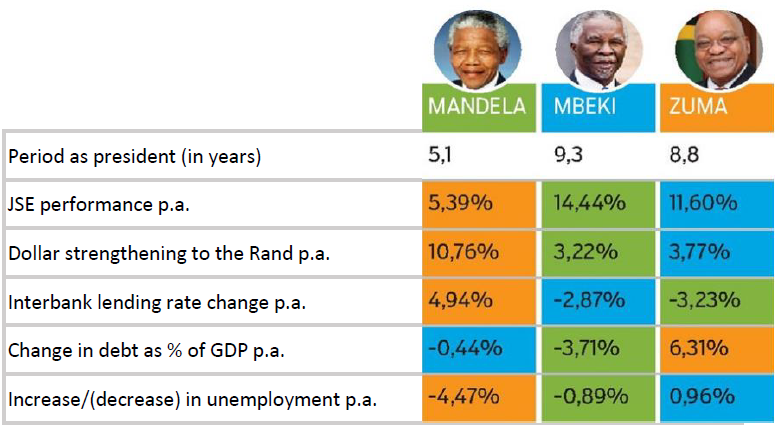 I believe out of the last 3 presidents, Mandela was the best/most popular, Mbeki was somewhere in the middle and Zuma was by far the worst. But if you merely look at the numbers you might have come to a completely different conclusion.

Events in global capital markets and market valuations of both currencies and equity markets have a way bigger impact on these outcomes than merely the quality of the president at the time.

According to Warren Buffett, “Where a company with a bad reputation and a CEO with a good reputation comes together it is usually the company’s reputation that stays intact.” All I am trying to say is that Ramaphosa is no silver bullet and the challenges he will face are huge.

A few qualifying comments and perceptions given the above data and the times we are in: 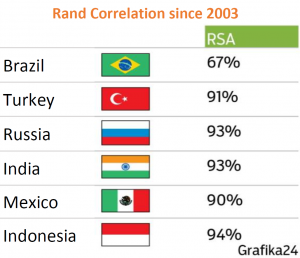 In conclusion I want to implore you not to run from port side to starboard side of the ship when it comes to investment decisions. It never ceases to amaze me how people can change their long-term plans based on events from the last 3 months or even a year in financial markets, worst of all political changes.

Decide on where you want to get to, put a strategy in place that will get you there and then stay the course.