Even with a crystal ball in hand…

Even with a crystal ball in hand…

Imagine it’s Tuesday morning, 1 December 2015. While your first cup of coffee is waiting for your eager consumption you open your mailbox and spot an email with the subject: OF UTMOST IMPORTANCE, FOR YOUR EYES ONLY.  It is from a buddy of yours who holds a high position in the ANC.  With disbelief you read of a conversation your friend overheard about Nhlanhla Nene being fired (the then Minister of Finance).  He was to be replaced by a little-known gentleman by the name of Des van Rooyen (a loyal Zuma supporter).
You lean back in your chair in shock, overwhelmed by an emotional combination of anger and despair at the seemingly relentless efforts to corrupt the system from within.  These feelings soon make room for excitement when you realise that you have just been handed next week’s newspaper TODAY.  This dark tunnel might just have a light at the end of it. Not only can you protect yourself financially from this disaster that is about to happen but you may even use it to your advantage.  Surely moving all of your liquid assets offshore before this news hits would be the clever thing to do, you think.  Just before you make the final changes to your investments, you have a look at some historical data over the previous 3.5 years (I used similar periods so the size of the total returns will be easier to compare later) to assist you in making your decision. The following returns confirm your suspicion that politics is the main reason for SA’s underperformance abroad and that this new information brought to your attention simply confirms your fears. 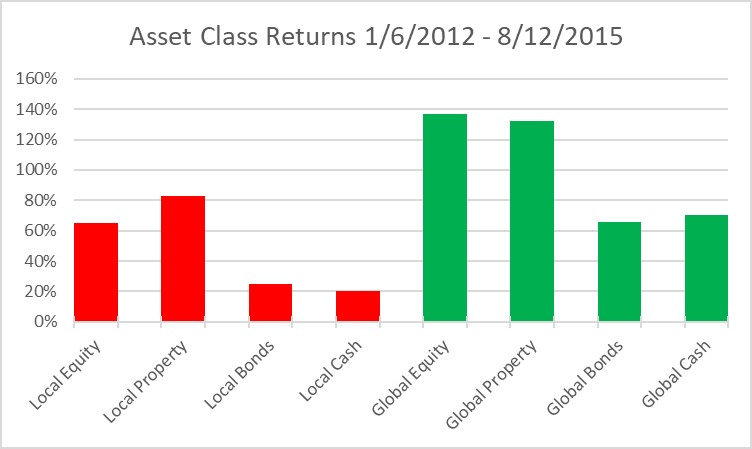 So, here’s my question: With this information to your disposal, what do you do? Intuition or first-order thinking would certainly dictate (as many financial articles did in the week that followed) that you simply get rid of all your remaining SA assets and invest it all in the overseas market instead. Let’s assume for the purpose of this exercise that you did exactly that and that you could complete the transaction within a week (1 day before Nene got fired).  At this point you would be pretty satisfied with yourself and would almost guiltily look forward to the announcement.
Turn the clock 3.5 years forward to today (05/07/19) and the returns of the different asset classes you could choose from, were as follows: 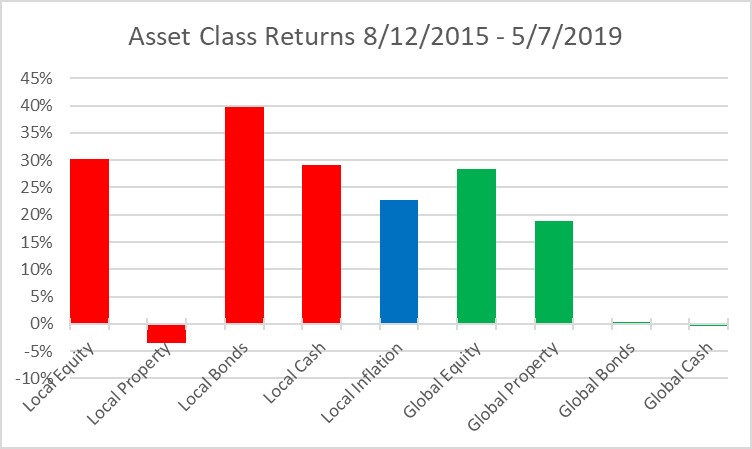 This may sound absurd, but the best returns (before tax) that you could get at that point forward, was to buy SA government bonds (i.e. loan the SA government some money). The second-best investment during this period were SA shares and the third best investment that you could make was to place your money in a money market account at your local bank. SA assets have comfortably, with the exception of SA listed property, outperformed their foreign counterparts in rand terms. Foreign bonds and dollar cash generated a total of 0% and 1% (in TOTAL) respectively for the specific period in question.
As always herein lies a number of lessons that we can put into our proverbial pipe and smoke.

This is not an ostrich approach to SA’s problems. We are all very well aware of the challenges and your investment strategy should take this into account. It is important, however, that we distinguish between what FEELS like the right decision and what can be supported by analysis. Never forget that FEAR is an emotion and heightened emotions have never formed a good foundation for decision making.  Personally, I think that we may feel emotionally better about our country in the next year or so from now. Does this mean that SA will suddenly become a good investment destination while now it is terrible? You would do well to separate your emotions about politics and your investment decisions.  The quality of your decisions is best if it is based on logical reasoning and analysis, not emotion.
Although all possible care was taken in the drafting of this document, the factual correctness of the information contained herein cannot be guaranteed. This document does not constitute advice and anyone planning on taking any financial action based on this document, is strongly advised to first consult with their personal financial advisor. ProVérte Wealth & Risk Management is an authorised financial service provider with FSP no. 5966. 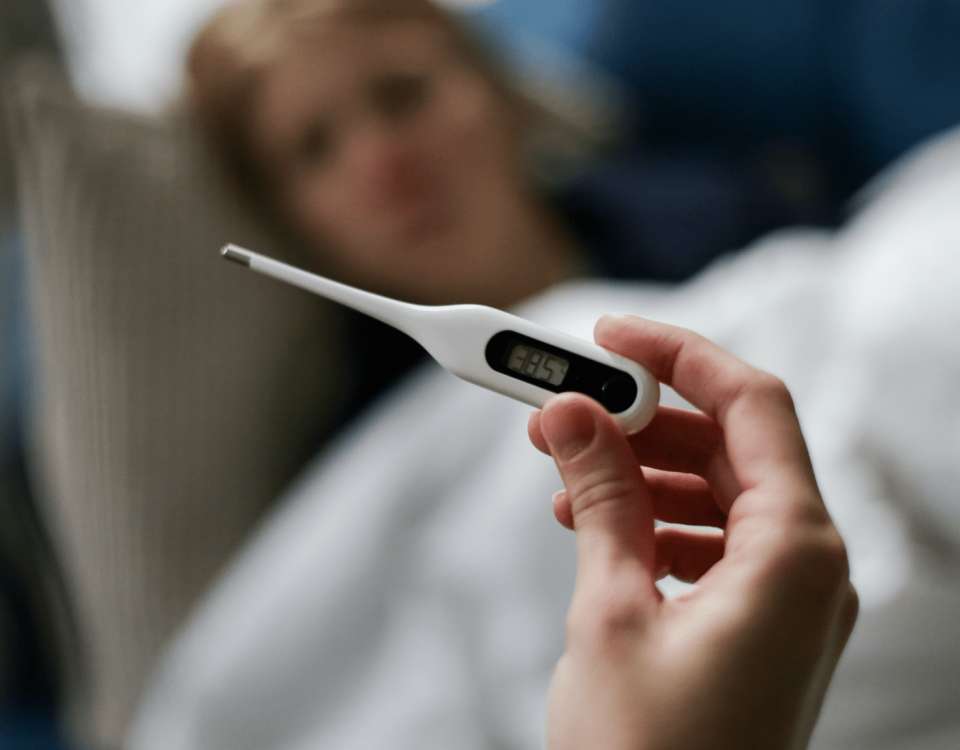 How high is your (financial) fever?